According to the World Health Organization, one person dies every 6 seconds in the world from diseases associated with tobacco smoking. Annually, 5 million people die from diseases caused by tobacco use.

If the trend in tobacco consumption in the world continues to increase, the number of premature deaths associated with smoking will increase to 10 million a year by 2020. By 2030, smoking will become one of the most significant factors in premature mortality worldwide.

Smoking negatively affects most organs of the human body. 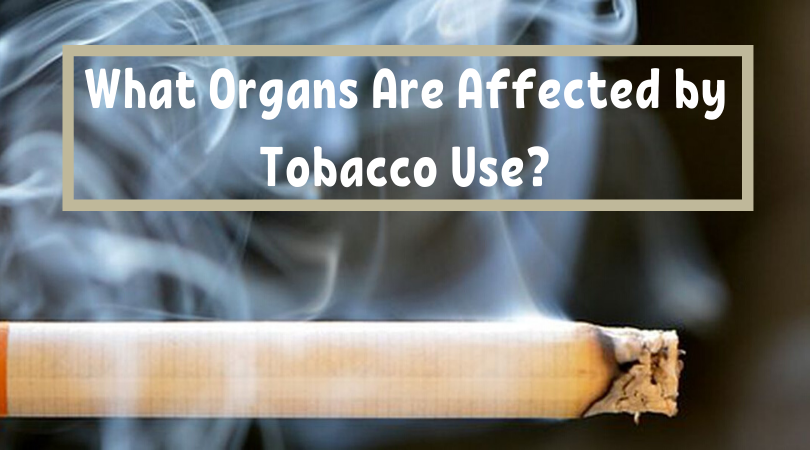 Oxygen delivery to the heart muscle is disrupted due to the blocking of hemoglobin by blood carbon monoxide from tobacco smoke. This results in serious damage to the heart and blood vessels.

Smoking increases blood cholesterol. Fats are deposited in the arteries that feed the heart, as a result, blockage occurs. Finally, myocardial infarction may appear.

Smokers have a 4–5 times higher risk of myocardial infarction than non-smokers. If the smoker has high blood cholesterol and high blood pressure, the risk of developing a heart attack increases by 8 times.

The average age of those who died from heart attacks is 67 years old, smokers – 47.

Lung cancer – a tumor that occurs in the lungs’ surface tissues. In about 90% of cases, it is caused by prolonged smoking. People who smoke two or more packs of cigarettes a day for 20 years have an increased risk of lung cancer by 60–70% compared to non-smokers.

The risk of lung cancer depends on the number of cigarettes smoked per day, the amount of tobacco smoke inhaled, and the concentration of carcinogenic resins and nicotine in cigarettes. The main etiological factors are radon, benzpyrene, and nitrosamines contained in tobacco tar. Characteristic symptoms of lung cancer are:

More people are dying from lung cancer than from any other type of cancer. The average decrease in life expectancy in smokers is 10 years.

Long-term smoking can also cause chronic obstructive pulmonary diseases, pulmonary bronchitis with a primary lesion of the mucous membrane and pulmonary emphysema which are characterized by the destruction of the bronchial tree and the alveoli.

In the case of emphysema, the tissue around the alveoli changes, they become enlarged and look like holes in the lungs on an x-ray. The main symptom of emphysema is shortness of breath, cough, but less pronounced than with chronic bronchitis. The chest becomes barrel-shaped.

One of the effects of long-term smoking is to stimulate the secretion of hydrochloric acid in the stomach, corroding the protective layer of the cavity and contributing to the occurrence of gastric ulcers. The most common ulcer symptom is aching or burning pain between the sternum and the navel. It occurs after eating and early in the morning. The pain can last from a few minutes to several hours. Also, the ulcer is accompanied by nausea and vomiting, loss of appetite and weight loss. Smoking slows the healing of ulcers and contributes to their re-occurrence.

A peptic ulcer can lead to stomach cancer. At the same time, the risk of cancer in the gastric cavity in smokers is higher than in non-smokers.

Smoking inhibits the metabolism of trace elements of plant foods that protect the organ of vision. The eyes of smokers for a long time have a tendency to redness and tearfulness, the edges of the eyelids swell. Nicotine acts on the optic nerve and motor muscles of the eyes, with narrowing of the vessels, the retina of the eyes changes. The visual acuity is lost, and vision deviations begin. Smoking is especially dangerous with glaucoma since smoking increases intraocular pressure.

Every seventh smoker sooner or later gets sick with obliterating endarteritis – a chronic vascular disease with a predominant lesion of the arteries of the legs. A gradual narrowing of the vessels occurs until their lumen is completely closed with the death of tissue lacking blood supply. Endarteritis often leads to gangrene and amputation of the lower extremities of the smoker.

Smokers over the age of 40 are much more likely to have bladder cancer than non-smokers. In men, the risk is 4 times higher than in women. Symptoms – the appearance of blood in the urine, pain in the pelvic area, difficulty urinating.

Smoking can cause esophagus cancer due to damage to its internal cells. Symptoms are difficulty swallowing, pain or discomfort in the chest, weight loss.

Nicotine destroys the nervous system, including those departments that are responsible for sexual behavior and his ability to conceive children. With age, the ability to bear children in smokers progressively decreases. Reducing the level of sex hormones and vitamin E, which is irreplaceable for the body, tobacco poisons destroy the maturing and full-fledged cells intended for the fetus formation. According to medical statistics, more than 10% of cases of erectile dysfunction in men are associated with excessive tobacco use. As a result, the level of infertility among smoking young men is almost two times higher than the average.

The number of conceived and born children in heavy smokers is only 72% relative to non-smokers. Tobacco, like a number of other psychoactive substances, causes termination of pregnancy, premature birth, stillbirth. According to American scientists, even less than one pack of cigarettes smoked per day by 20% increases the risk of a baby dying in the womb. More than a pack increases its rate by 35%. Maternal smokers during childbirth have an average of one third higher smoking rates than non-smokers.

In women who regularly smoke one or more packs of cigarettes per day during pregnancy, newborn babies have less weight than non-smokers. Children born to mothers who smoked during and after pregnancy are more likely to experience sudden infant death syndrome.

Scientists believe that under the influence of tobacco smoke breaks occur in the DNA molecule. Reacting with heavy metals, DNA changes its structure. Defective genes occur in germ cells. They are capable of causing various neuropsychic disorders and external deformities.

In children exposed to intrauterine exposure to tobacco, their intellectual potential decreases, the development of speech and the auditory zone of the brain, the ability to regulate emotions, focus and hold attention are impaired. The child copes worse with the school curriculum.

When one or both parents smoke at home, a child often has colds, bronchitis, pneumonia, gastritis, colitis, stomach, and duodenal ulcers. Children of smoking parents are prone to respiratory infections, allergies, atherosclerosis, epileptic seizures.